AIDA - Scripted Feature
​Based on the acclaimed historical memoir The Death and Life of Aida Hernandez, by Aaron Bobrow-Strain
Kat Taylor and Marcela Davison Avilés, Producers

Our storytelling illuminates the humanity and heartbeat of social justice. The projects in our filmography seek to uplift voices of racial, gender, disabled and marginalized communities and those who work for environmental justice. 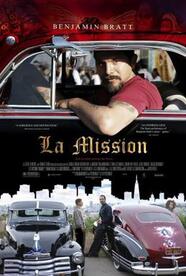 ​Starring Benjamin Bratt and filmed in the Mission District.
TomKat MeDiA is proud to acknowledge the underwriting support of the TomKat Foundation, for the work of these filmmakers: ​

Peabody Award Winning documentary about legendary activist Dolores Huerta, and  her development in partnership with Caesar Chavez and other civil rights leaders of the farmworker movement in California, and non-violent activism.


The Women of the Mexican Revolution - A Conversation with Dolores Huerta and Linda Ronstadt  (2010)
Marcela Davison Aviles and Susanne St. John-Crane, Executive Producers

100 Years From Mississippi  (2015)
The deeply impactful story of a woman's journey home - 100 Years From Mississippi tells the true story of Mamie Lang Kirkland's return to her childhood home in Mississippi, and the journey to connect her story to the larger impact of America’s legacy of racial violence, which echoes today from Ferguson to New York, Atlanta to Los Angeles. Like many of the six million African Americans who left the Deep South, Mamie’s story is a testament to the courage and hope of her generation.
Winner - Best Documentary - Harlem International Film Festival 2021
Kat Taylor, Executive Producer

Best Summer Ever (2020)
Kat Taylor and Tom Steyer, Executive Producers
An inclusive retake on the ubiquitous high school musical that centers differently abled children and adults in front of and behind the camera, blasting apart the faulty and problematic “deficit view” of fellow human beings who demonstrate how broadly talent is spread if opportunity is not (yet.)
​
Dear Homeland (2020)
Underwritten with support from the TomKat Foundation
Kat Taylor and Tom Steyer Executive Producers
The story of a DACA student trapped in limbo for 15 years awaiting her ability to fully participate in American society while also still visiting and loving her Mexican homeland.
For Marcela Davison Avilés filmography visit her page on IMDBPro.